After Mantua in 2016 and Pistoia in 2017, Palermo has been named the “Italian Capital of Culture” for 2018 by Italy’s Ministry of Culture.

It has been selected from many Italian cities and for the Sicilian town this represents a great opportunity to implement new measures for preserving its cultural heritage and further developing tourism, and so improve your experience as a visitor or a new resident.

Why has Palermo been chosen?

First of all, because of its strategic location and its long history, that have made Palermo one of the capitals of the Mediterranean area for centuries. And which mean it reflects all the different European and Arab cultures that have met here. Secondly, following on from St. Petersburg and Zurich, in 2018 Palermo will host “Manifesta12“, one of the world’s main contemporary art festivals. In the same year it will also be home to the Migrant Literature Festival which was created in 2016.

Other initiatives include promoting the requalification of “La Kalsa”, built by the Arabs and one of its most ancient neighbourhoods and the city’s water front, and the promotion of the Arab-Norma route, which connects Palermo to the historic seaside resort of Cefalù and the hill town of Monreale, recently declared a UNESCO World Heritage site, among others.

Why living in Palermo is great

Palermo is the ideal place for all those who want to change their lives and escape the daily grind. Ok, it’s true that Palermo is a big city, but hustle and bustle don’t exist here. In the shadow of the Mount Pellegrino promontory and natural reserve, every act is carried out slowly, a sign of the particular wisdom that you should appreciate every moment. Maybe that’s why everyone is welcome in Palermo – provided that you’re not in a hurry.

Fifteen thousand people from Asia, Africa and the Middle East have chosen to come and live in this city. They have become part of an eccentric, intriguing mosaic of colours, lights, sounds and voices called the “old town”. They live in that incredible tangle of narrow, shady streets and small squares that remind you of the Arabian Nights, and palaces that look like they’ve come straight out of a fairytale. The wonderful beach of Mondello in Palermo

And then, there is the sea. Palermo boasts mesmerizingly beautiful beaches – real havens that are dotted along the northern coast of Sicily. Each one will welcome you in its own unique way and will entice you to spend wonderful days having fun and relaxing.

How much will a house in Palermo, Sicily cost you?

Currently, average house prices in Palermo are around € 1,400 per m² with a decrease of 4% on an annual base. Thanks to its ancient and prestigious palaces the old town is one of the main attractions for investors, especially if they are thinking about renting or turning it into a B&B. That is why it is one of the most sought after areas of Palermo, along with the one that goes down to the sea, where there are also ancient noble buildings, whose prices may reach € 2,000 per m² or more. Same prices also for the properties situated along its main streets and in the area of Mondello, north of the town centre, where you will find the most famous beach in Palermo.

So in the old town centre an exclusive 2 bedroom apartment of more than 100m² ready to be lived in, situated at a short walk from Politeama theatre and boasting a marvellous terrace overlooking the very city centre, can be listed for sale at around € 260,000.

On the other hand, as you move away from the town centre you will find more affordable properties whose prices range between €900 and €1,500 per m², depending on the exact location and type. For example, in the town of Carini rising on a hill overlooking its very own bay, with less than € 200,000 you can get a spacious beautiful villa with wide panoramic terrace and garden located at a walking distance from the beach.

But head just outside Palermo and you will find cheaper properties whose prices range from € 650 to € 1,400 m² in the nearby villages and towns.

Find your dream home in Palermo >>

2 thoughts on “Heading to Palermo, Sicily: Italian Capital of Culture for 2018” 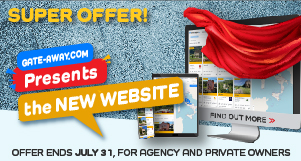