Situated off the Italian coast of the Mediterranean Sea is the stunning island of Sardinia. For many years now, the island has been a destination for many people looking to buy houses, either for holidays or to move in. Sardinia is a popular destination for tourists, especially the lovers of varied aquatic sports. One of the well known locations in Sardinia is the north-eastern Costa Smeralda.

This coast has about 55 kilometers of white sand. The coast also has classic port towns and rocky promontories. The island of Sardinia is also famous for Alghero, a town that serves as both a holiday resort and a thriving fishing port. One of the reasons why real estate is thriving in this island is that it is attractive and is under populated. The Emerald Coast in Sardinia is one of the best places to live in. However, the cost of life and real estate here is expensive. As such, Costa Esmeralda has become an exclusive resort for the rich and celebrities. If you are looking for houses for sale in Sardinia keep in mind that the Emerald Coast is not the only beautiful area.Â There are other fascinating locations where you can as well buy real estate in Sardinia. For middle and low income earners who cannot afford to live here, there are other equally fascinating places in Sardinia to live in. For instance, while a beach house in Costa Esmeralda goes for up to 10 million Euros, an equally beautiful villa along the seaside peninsula between Olbia and Castelsardo costs even ten times less!

There is everything for everyone in Sardinia, from the high-end luxurious properties to relatively low priced homes. Just a few kilometers off the coast, you can buy a house that may require a little restoring for around 50,000 to 60,000 Euros which is quite affordable for most home buyers.

A number of real estate agents in the south coast of Sardinia also offer more luxurious options for the clients. For instance, the five-star Molas Golf resort sold for EUR 1.5 million. This figure is more affordable when compared to the cost of most villas on the north-eastern part of Sardinia, whose cost may be as high as EUR 3.5 million. The latest increase in cheap airlines has connected Sardinia to the main land and the entire Europe. This has been a major boost to the real estate market in the island as more tourists are coming to the island in search of homes for holidays or to move in.

Tips for buying a dream home in South Sardinia

44 Ryanair New Routes to Italy in 2017: How Home Buyers will Benefit 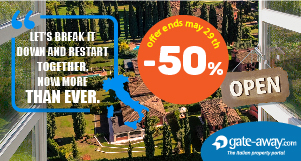 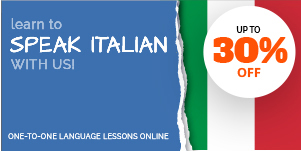