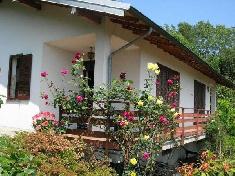 Distance from:
A HOUSE FOR THE PRICE OF AN APARTMENT? .... In the beautiful surroundings of the High Vergante, surrounded by greenery and nature, we propose portion of semi-detached house with lake view and a beautiful garden of about 500 square meters. Set in a sunny residential dwellings. The property is composed as follows: entrance hall, living room with fireplace, kitchen, hallway, bathroom, bedroom on the ground floor. Possibility to create another bedroom on the ground floor. Via a spiral staircase leads to the attic where there is another bedroom. IDEAL AS A SECOND HOME! Comune mountain of ancient origin, probably Roman, who along with the traditional agricultural activities has developed the tourism sector. It is known as the "land of umbrella". The massinesi, which have a high index of old age, are distributed between the capital city, the urban core less than Monte and a large number of scattered houses. The area has an irregular geometrical shape, with very marked variations in height, which start at a minimum of 260 and arrive at a maximum of 922 meters above sea level. The town, affected by a phenomenon of building expansion, is a pretty plant collection and is in a beautiful location on a slight slope to the east coast on steep declines. In the background of the golden coat of arms, granted by Royal Decree, figure a keep red, fortified by two towers, founded on a grassy plain. The door of the building, closed, is topped by a silver shield, started from a black thread, in which are depicted: a black bear and a snake blue, crowned, swaying in the pole, in the act of swallowing a naked youth, place in band.

Are you already registered?
Log in
Why should I register?

Log in to MyGate-away
to use the tool Score

Log in to MyGate-away
to use the tool Notes